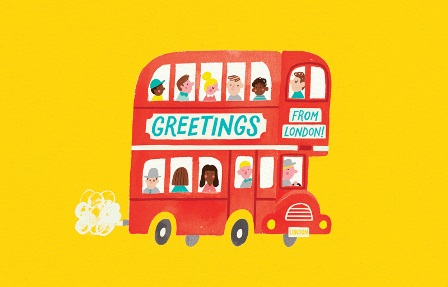 Our trip to London…

Being on a school trip to London I met one of my dreams. I’ve always wanted to see this city… Even though we were there only for 5 days, we were able to see the most important symbols of London.

We were in the British Parliament. We had the opportunity to listen to the deliberations of the House of Commons. We saw the Tower Bridge, the London Eye, a telephone box and double-decker buses. We were at Westminster Abbey. We visited the Greenwich Observatory, the Tower of London, the British Museum, the Natural History Museum and the Science Museum. We went to the top of St. Paul’s Cathedral. We also walked around Kensington. I liked it very much. I would like to stay there longer.

We travelled around the city by underground. I think it is one of the best means of transport. It was very easy to get everywhere. One of the great attractions of this trip was definitely a cruise on the river Thames. We could see from a different perspective what we previously visited on foot. For two days we had classes with a native speaker. Jon was very funny and talked great about London attractions.

The meals were tasty, although, in my opinion, a bit too salty. The hotel was also a nice place. The rooms were spacious and clean, and the beds were comfortable.

In conclusion, the trip was successful. We saw many places, we learned new things.

Would I like to live in London? Certainly not. It’s definitely too loud there, there are too many people. However, I will definitely visit this city again. I would like to see those places that we  didn’t manage to explore because of the lack of time.

Our trip to London

On 7th May 2019 me and thirty students with teachers flew from Katowice to London. We have done a lot of things but I will tell you about my bests!

The best point of our trip for me was Emirates air-line. It’s a line above the river Thames, which you can go from Emirates Greenwich Peninsula to Emirates Royal Docks (or the other way).This line was sponsored by Emirates Airline from United Arab Emirates (because of the Olympic games in 2012).This attraction will have this name until 2022.On one coast of the Thames is located Emirates ,,centre” where you can see everything about United Arab Emirates' airline. In front of the building we can see a real size engine of Airbus A380.

And this is me with this engine and a cap with  Emirates air-line logo 🙂 and beautiful view of the city!

This museum is on the second position. I think this place is for everyone. There are a lot of zones like electricity zone and space zone. My favourite was of course the Flight Zone! But let’s start from the beginning. In the electricity zone you can find the first power stations and pictures of their inventors. You can also read there about spaceships, astronauts, and see a real suit of American astronauts !In my favourite zone you can find a lot of models of war planes, information about the first inventors of flying machines, try yourself in a special simulator and see a real cockpit !

The Tower of London is my next choice. It’s a preservative and a palace, a building which is located really near the Tower Bridge. This is a place where king Henry the eighth condemned to death his two wives. I’m really interested in this king’s story, so it was an ideal place for me. There we looked at armour of Kings and their weapons. On the outside stairs we found an incredible unique raven which was really interested in my phone!

On 10th May we were in Greenwich. There is a meridian 0o, so we could set one foot on eastern hemisphere and another one  on western hemisphere. There is a museum too. You can see there some pictures of the greatest astronomers and their inventions. While we were climbing the hill, we saw some squirrels and really big doves (It was a huge attraction for everyone)

In the end I can say that it was an awesome trip! Every museum was interesting and unique. I will come back to London in the future! Happy and very tired we landed in Katowice on Sunday at 00:15. See you soon London! 😀

Our time in London

These five days were amazing except for  a lot of walking and the hotel’s internet, but apart from that it was great.

My first favourite thing in London was the Tower of London, because there were many things that interested me like sets of armour, weapons etc. 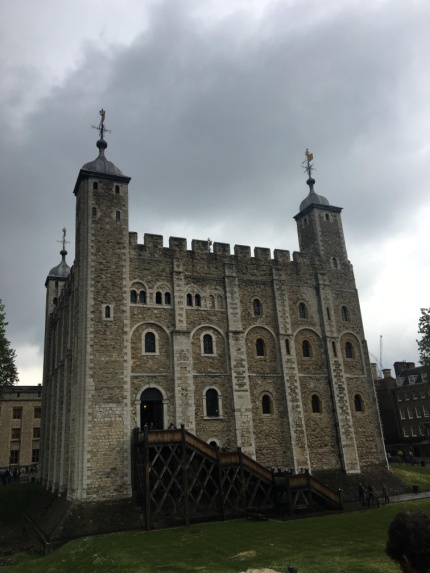 There was one specific set of armour, which belonged to Henry VIII. You’ll see what is so specific about it. 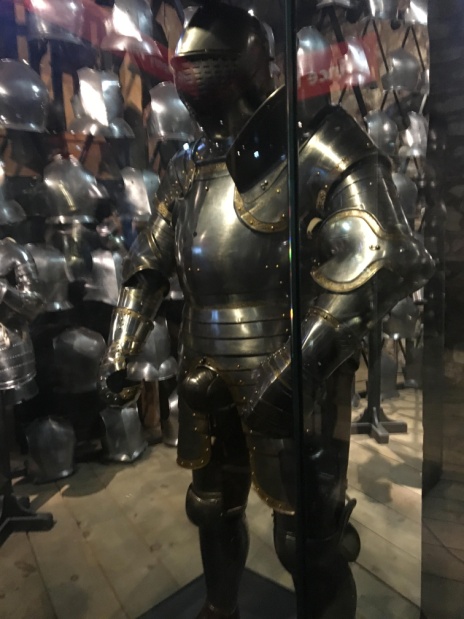 Something very funny happened there too . Well, I tried to pet this little guy but he didn’t like this idea so he bit my finger. Fortunately it wasn’t painful, so I just laughed it off. I think that nothing bad happened neither to me nor the raven. 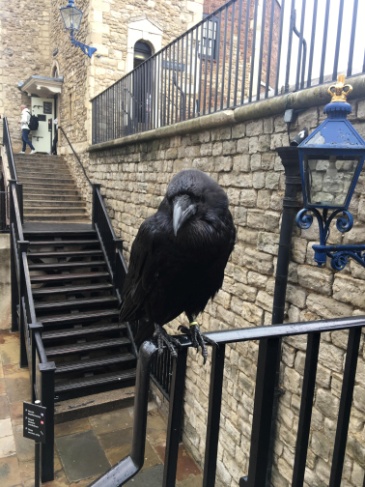 On the second place there are actually two museums that we were in: The British Museum and The Science Museum. I’ve chosen these two because: 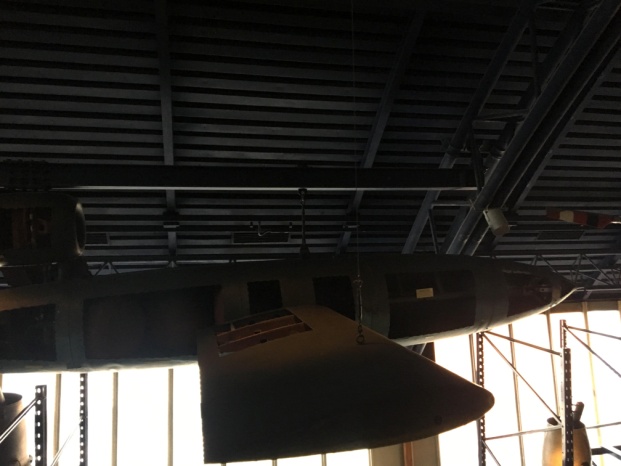 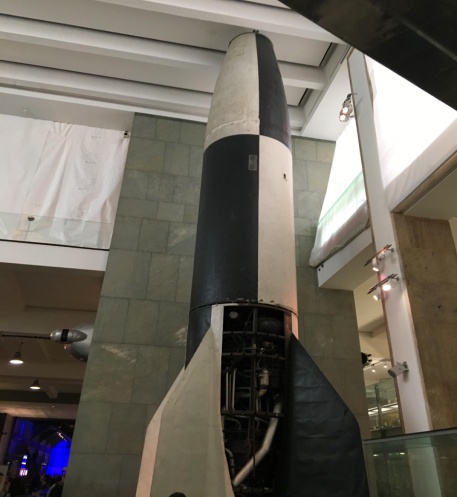 TheThird thing I liked a lot wasn’t a museum or something like that, but actually a restaurant that we ate in. It’s called BubbaGump and as you can probably guess its climate is based on the film called ” Forrest Gump”. It had quotes from the film on the tables, there were props from it in showcases. 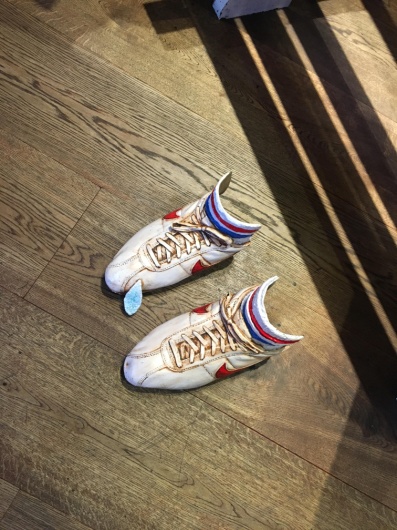 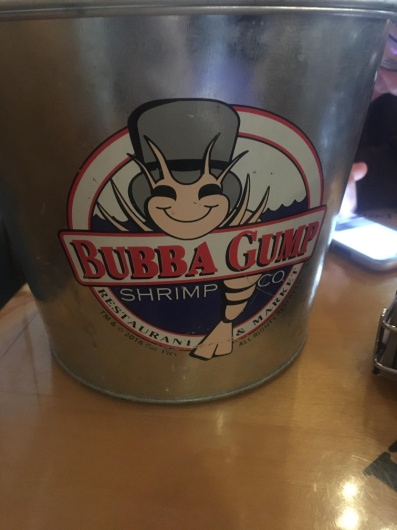 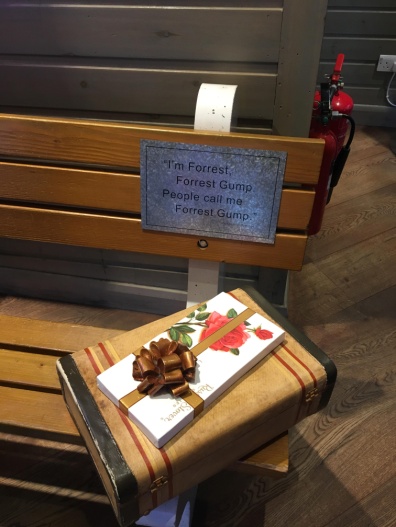 While we were sailing on the river Thames I took some great photos of the most recognisable landmarks like London Eye or Tower Bridge. 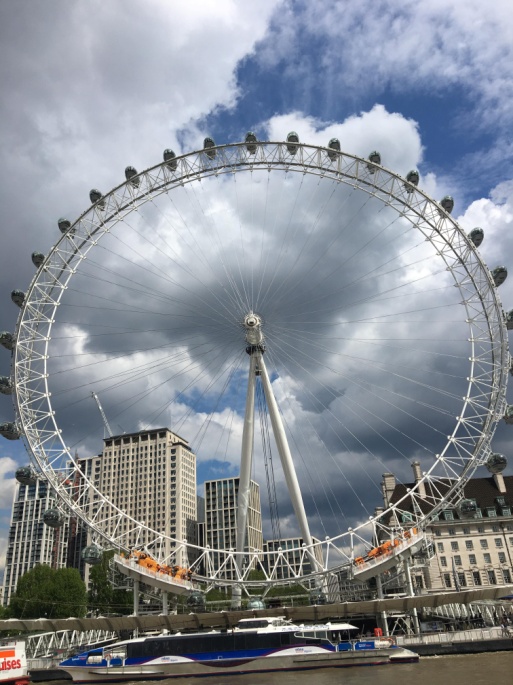 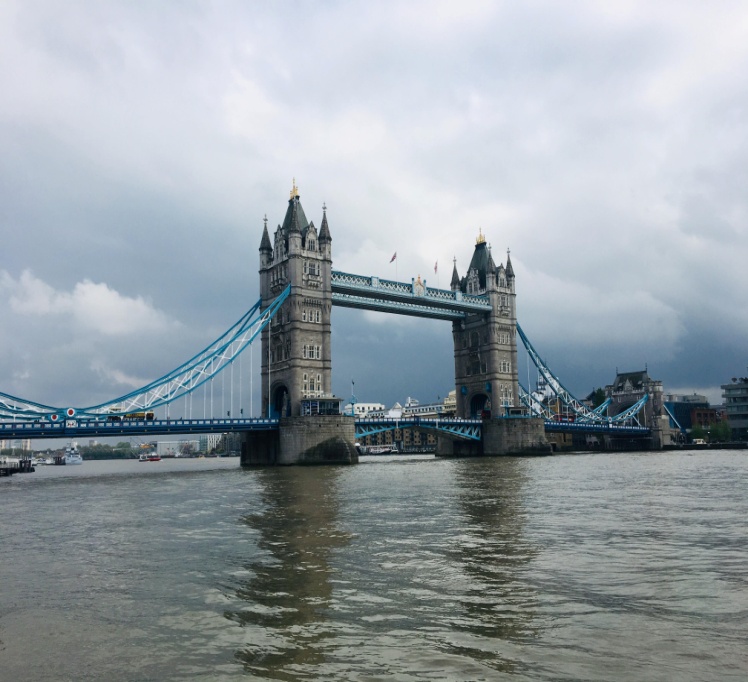 Well that’s all I wanted to say about our trip to London.

And here you have some striking commies outside of the Houses of Parliament. 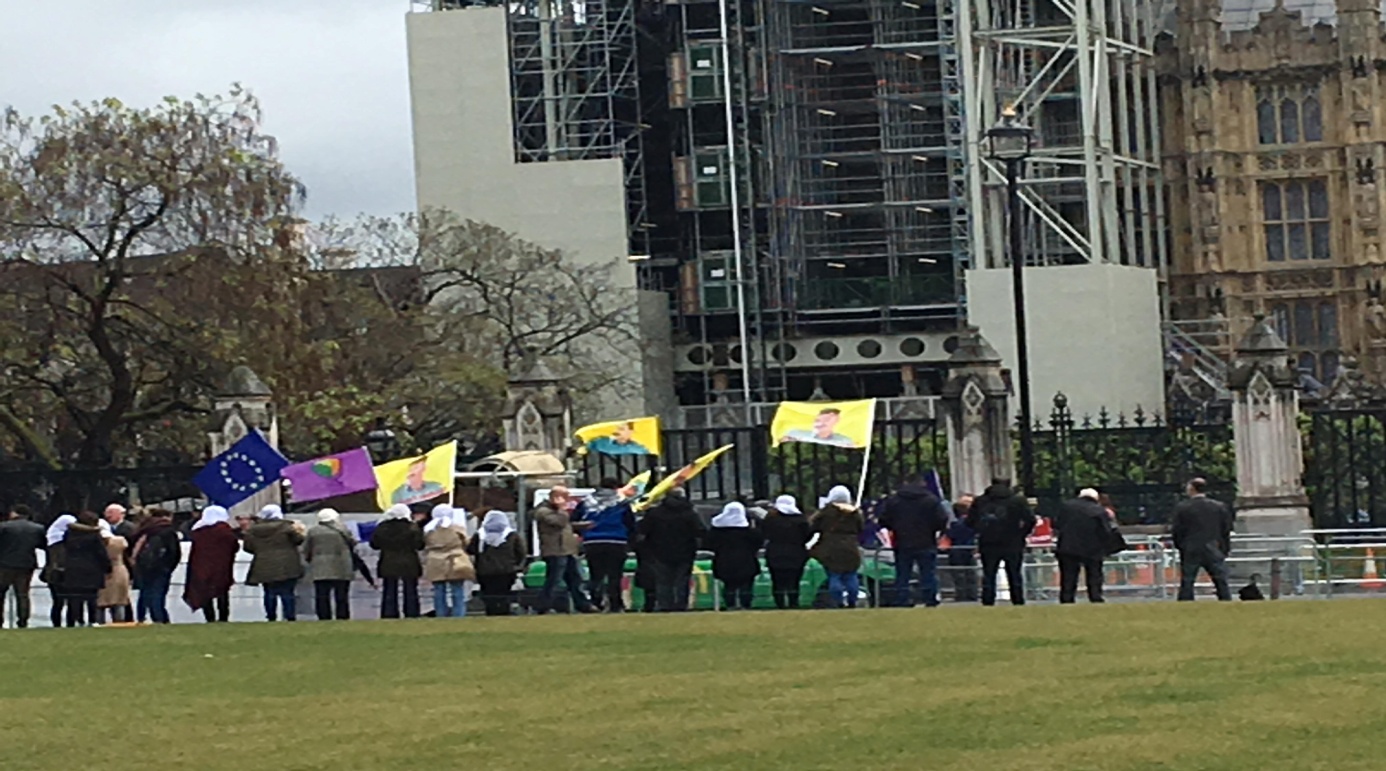 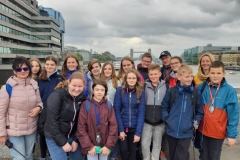 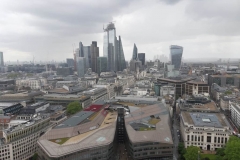 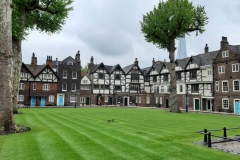 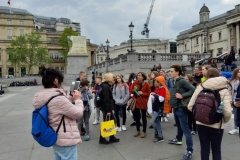 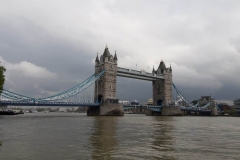 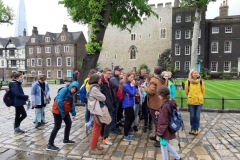 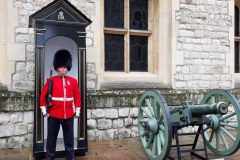 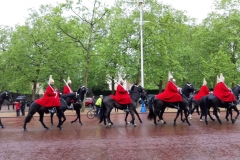 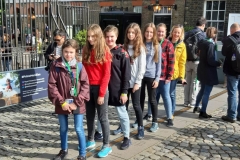 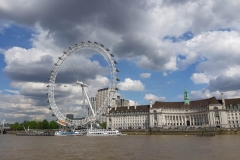 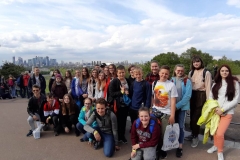 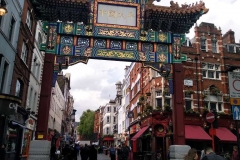 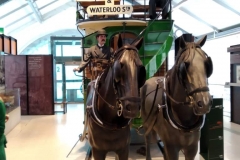 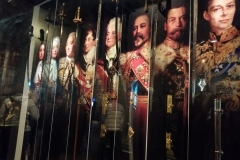 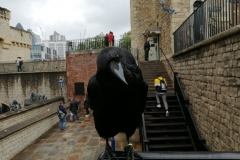